Hi. I know. It’s been awhile. I’ve been busy with discs. A big herniated one in my case. I couldn’t even sit on my desk chair to write for the longest time and I was too preoccupied with pain to try.

Dr. Christy referred me to a spine guy who was so cute I had trouble staying focused on my own disc and not various discs, or things along those lines that might be on his body.

“Yowza!” I interrupted. Of course she laughed and typed.

At 38 to 40 years old compared to my 56, I am technically old enough to be his mother, if I had started young, which I didn’t, but if I had, I could be. But he’s fun to look at nevertheless.

This is supposed to be a funny blog about living in Texas not a medical journal or a journal about the zoo. But medical stuff and the zoo have dominated my life lately. While I’ve have had 3 surgeries in under 3 years, the Dallas zoo has had two baby giraffes in under 7 months! Kapono is our 6 month old baby boy and Kipenzi is our one month old baby girl. Here she is out of the barn and in her habitat for the first time. 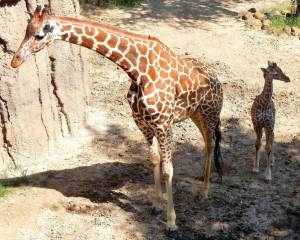 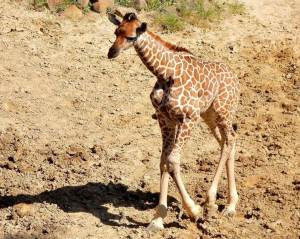 I remember, years ago, judging people whom I decided were having too much surgery. They should take better care of themselves, I would think. They need to figure out what they can do other than surgery. Too much surgery is terribly invasive and wears on the body!

Well, yeah, and then next thing I knew it was me and I honestly don’t feel like I had any choice about my surgeries. I would have ended up in far worse shape had I not had them than I am now. In fact, once I recover from this latest one, I might actually be relatively pain free which would be incredible! I thought my chronic pain was from botched hip surgery just under 3 years ago. Little did I know I had a herniated disk that Dr. Christy described as “huge” and that the cutey pie Dr. Canella said I might have had for a year and a half or more. Maybe my hip surgery wasn’t botched after all! Yay!

I don’t judge people anymore. I haven’t walked a mile in anyone’s moccasins except my own and my journey has made it very clear that this is not easy for me or anyone else. It didn’t take self-control, meditation or discipline to stop judging. It took the hard knocks of life.

Talk to me, ya'll! Cancel reply