I was young but I had to get out from under a man who hated me for my assertiveness and my fearlessness of him and my willingness to stand up to him. The minute I turned 16 I told my mother I had had it with my stepfather and I moved out.

A. Become a waitress and convince an apartment manager you are 18 and that you can handle the responsibility of renting.

Waitresses, especially when they are pretty, and I was, make a lot of money for a young person. I already had a jump on it because I had become a hostess at a restaurant when I turned 15, had my driver’s permit and had an old beat up Volkswagen. I’d proven my reliability and commitment so when it came time to start supporting myself I was able to convince the manager where I worked to promote me to waitress. Like the other nights, we would work hard, make our tips, clean up the restaurant but on Saturdays we would then congregate at someone’s apartment, smoke a joint and watch our beloved Saturday Night Live.

I just watched the 40 year reunion of Saturday Night Live the other night and I was close to tears. There are so many SNL actors who have died of diseases and overdoses and so many more who have gone on to be hugely successful in their acting and comedic careers. And I feel like I know them all. I’ve been watching for 40 years.

I feel like all the SNL people are my people. In the early days it was Gilda Radner, Garret Morris, Jane Curtain, Chevy Chase, John Belushi, Laraine Newman, Dan Akroid, Bill Murray and others. 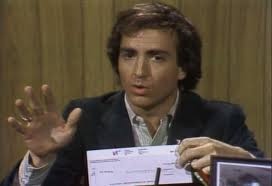 I’ve seen the show go from funky cheap rented studio space where you could barely hear what Candice Bergen was saying to evil toy maker Dan Akroid, to the best in the business at Rockefeller Center in NYC. Now a-days Tina Fey, Amy Poelher, Jason Sedekis and Seth Myers recently moved on.

I hear Lorne cries every time a beloved cast member leaves. He’s an emotional guy and his guts are invested in his people and his show. He’s a tough cookie to be sure and there are a lot of casualties who make it one or two seasons and then are booted by him, but he loves the ones he loves. And I love him for creating SNL.